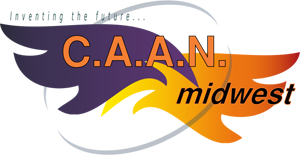 
"Everything in this world can be robbed and stolen, except one thing; this one thing is the love that emanates from a human being towards a solid commitment to a conviction or cause." - Ghassan Kanafani 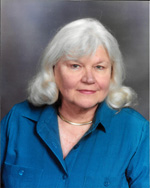 Sally was a tireless spokesperson for LGBTQ rights, visiting state senators and representatives many times before marriage equality arrived in Illinois.

She formed the first PFLAG group in the Western Suburbs. Every year she marched with PFLAG in Wheaton in the 4th of July parade, and every year PFLAG got more cheers and fewer boos.

She worked diligently to make more religious institutions welcoming ones.

She was a leader in transgender issues long before it became a major social justice issue, working with schools to address issues of bullying and harassment that was being ignored by too many administrators.

She was a voice for the Palestinian people where they had no voice, showing the suffering and indignity they faced daily.

She was a Green Party member just as it was being established.

She was active in NOW and the struggle to get the ERA passed, something that still needs to be done. She marched on Washington for abortion rights, had meetings of the NOW's Lesbian Task Force and Racial and Ethnic Diversity Task Force at her house, escorted at local clinics, and received the State Presidential Award twice for her work, but ever true to her guiding principles she tore up her NOW membership card because as she writes "Why do you defend someone like Bachmann, it was just an unretouched picture of her in Newsweek. Worse has been done to men, look what they have done to Obama, with devil horns, etc. This is why I have dropped my membership after forty years, you are still stuck in the 'man bad woman good' mode of the sixties. You make me ashamed. I have dropped my 40 + year membership and have joined Code Pink, which deals with real issues."

She led the way; we need to continue on the path she blazed.

CAAN will cease operations July 2020. We will donate the library. To see a list of our current library holdings, alphabetically by author, here as a .csv file or a .pdf file.